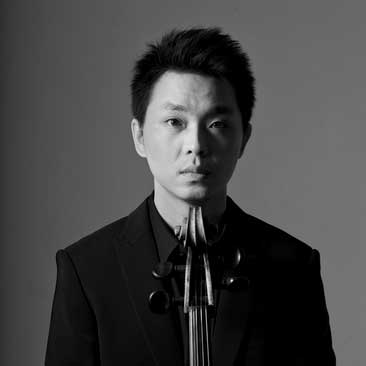 An exclusive Universal Music China Artist, Li-Wei Qin has appeared worldwide as a soloist and as a chamber musician. After being awarded the Silver Medal at the 11th Tchaikovsky International Competition, Li-Wei won First Prize in the prestigious 2001 Naumburg Competition in New York.

He has recordings on Universal Music/Decca with Singapore Symphony, on Sony Classical (courtesy of Universal Music) with Shanghai Symphony, and on ABC Classics with London Philharmonic Orchestra.

Born in Shanghai, Li-Wei moved to Australia at the age of 13, before accepting scholarships to study with Ralph Kirshbaum at the Royal Northern College of Music, and with David Takeno at the Guildhall School of Music and Drama. He was invited to join the BBC ‘New Generations’ scheme in 2001, and in 2002 received the Young Australian of the Year Award. Other major invitations included appearances at the 2008 Beijing Olympics (New Zealand Symphony), 2012 London Olympics, Davos World Economics Forum (Basel Symphony Orchestra) and the 2018 Fortune Global Forum opening ceremony.