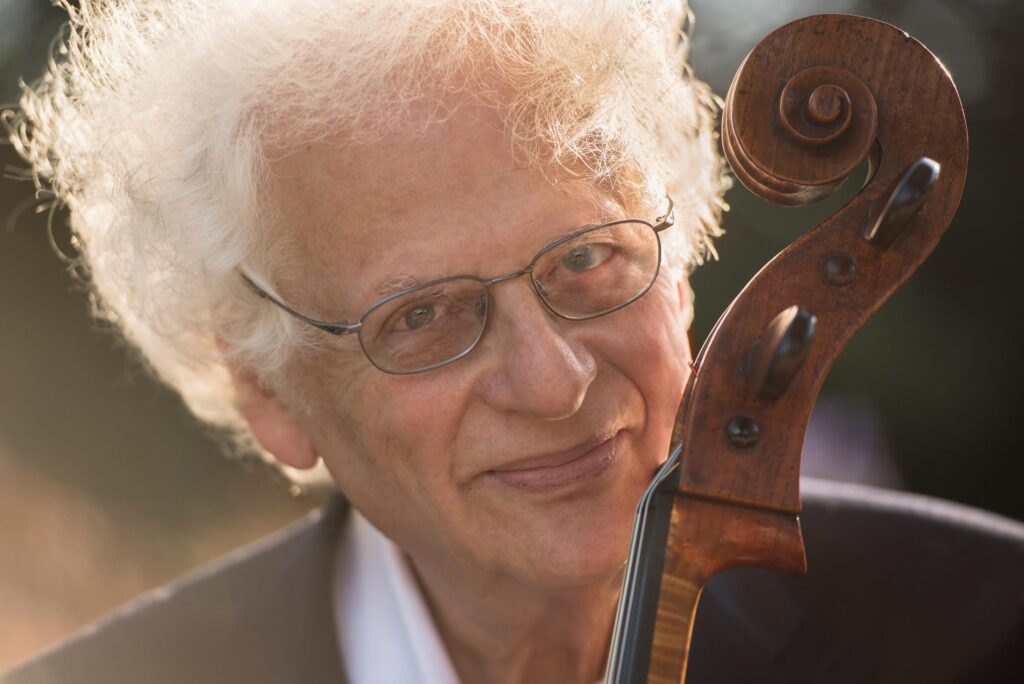 A native of Los Angeles, LAURENCE LESSER was a top prizewinner in the 1966 Tchaikovsky Competition in Moscow and a participant in the historic Heifetz-Piatigorsky concerts and recordings. Mr. Lesser has appeared as a soloist with the Boston Symphony Orchestra, the London Philharmonic, the Los Angeles Philharmonic, the New Japan Philharmonic, the Tokyo Philharmonic and other major orchestras. His New York debut recital in 1969 was greeted as “triumphant” and “magical.” His Tchaikovsky Rococo Variations in Hamburg, Die Welt stated, “could not have been more thoroughly realized than is this staggering performance.”

As a chamber musician he has participated at the Casals, Marlboro, Spoleto, Ravinia, Music@Menlo and Santa Fe festivals. He has also been a member of juries for numerous international competitions, including chairing the Tchaikovsky Competition in Moscow in 1994.

A 1961 graduate of Harvard College, where he studied mathematics, LESSER went to Köln, Germany the following year to work with Gaspar Cassadó. Just before, he played at the Zermatt master classes for Pablo Casals, who declared, “Thank God who has given you such a great talent!” He won first prize at the Cassadó Competition in Siena, Italy in 1962. When he returned to Los Angeles, he studied with Gregor Piatigorsky and soon became his teaching assistant and regular faculty member at the University of Southern California.

During the remainder of the 60’s he was a frequent contributor to the artistic life of Los Angeles. Notably, his 1965 performance of the Schoenberg Cello Concerto to inaugurate the Bing Auditorium at the Los Angeles County Museum of Art was its first hearing with orchestra after Emanuel Feuermann introduced the work in the late 1930’s. He recorded it the following year for Columbia Masterworks. He left Los Angeles in 1970 to become Professor of Cello at Baltimore’s Peabody Institute.

LESSER was invited in 1974 by Gunther Schuller, the then President of New England Conservatory, to head NEC’s cello department. In 1983 he was named the school’s President, a position from which he retired in 1996 to return to performing and teaching. A high point of his tenure as President was the complete restoration of the 1000-seat Jordan Hall, one of the world’s greatest acoustical spaces.

Teaching has always been an important part of LESSER’s artistic activity. His former students, numbering in the hundreds, are soloists, orchestra section leaders and members, chamber musicians and teachers, active throughout the USA and in many other countries around the world.

LESSER’s previous recordings include the complete Beethoven with pianist HaeSun Paik on Bridge Records. Other labels include RCA, Columbia, Melodiya and CRI.